Try being less specific or search with a single keyword instead, such as "slider" or "font".

Let us Do It For you!

I can't find The CSS file in my Weebly site 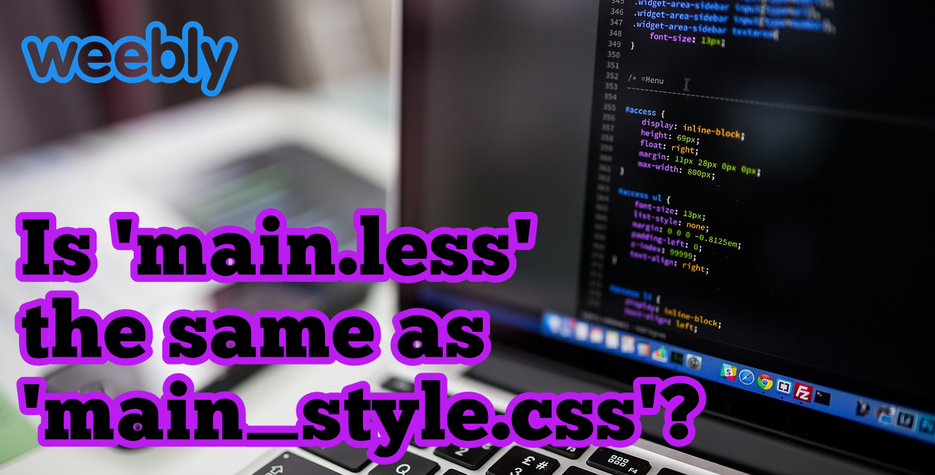 ​The answer is that "main_style.css" and "main.less" are both CSS files from different generations of Weebly, and if you can't find one, you can use the other.

"main.less" is a new and improved CSS file

With the introducing of Weebly 4, Weebly did away with its themes' old CSS file type "main_style.css" and replaced it with a new type of CSS file, "main.less".

My "Main.less" CSS file is empty

A Weebly Tricks' tutorial step requires adding CSS codes to a specific area of your CSS file, but after locating your theme's CSS file, "main.less", it's completely empty of CSS coding except for a couple lines of CSS codes at the top.

​So where do you put the CSS codes you need to add to your CSS file if your CSS file looks like the CSS file below? Directly beneath the "@import" lines of CSS code. The space is yours to occupy! 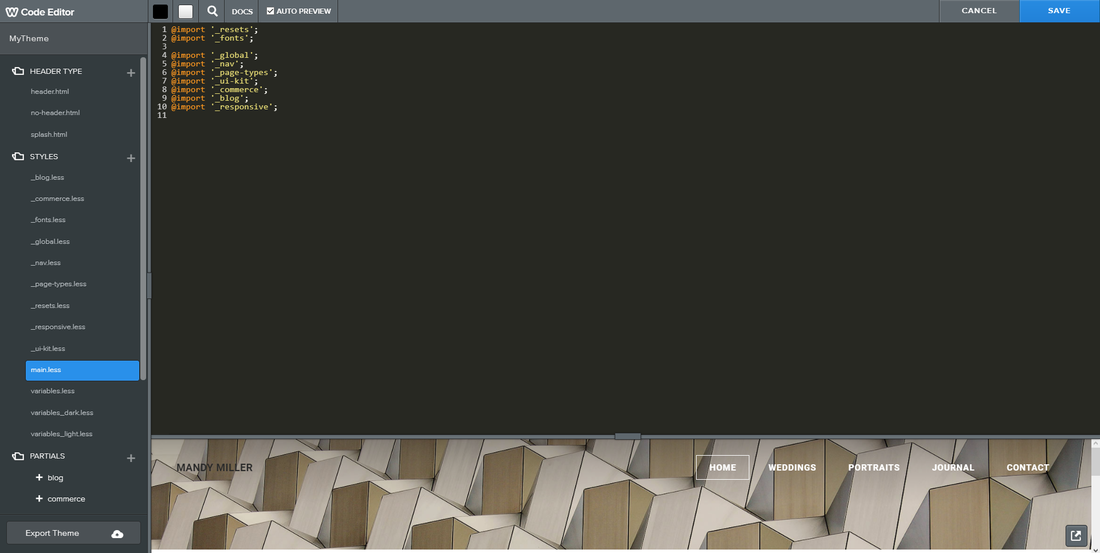 There are so many other CSS files alongside "Main.less"

​The purpose of this type of setup is organization. Instead of sifting through one CSS file, it's much easier to find the CSS codes you're looking for from a list.

We don't recommend doing this, but understanding that this can be done should help you understand a little bit better how "main.less" works. 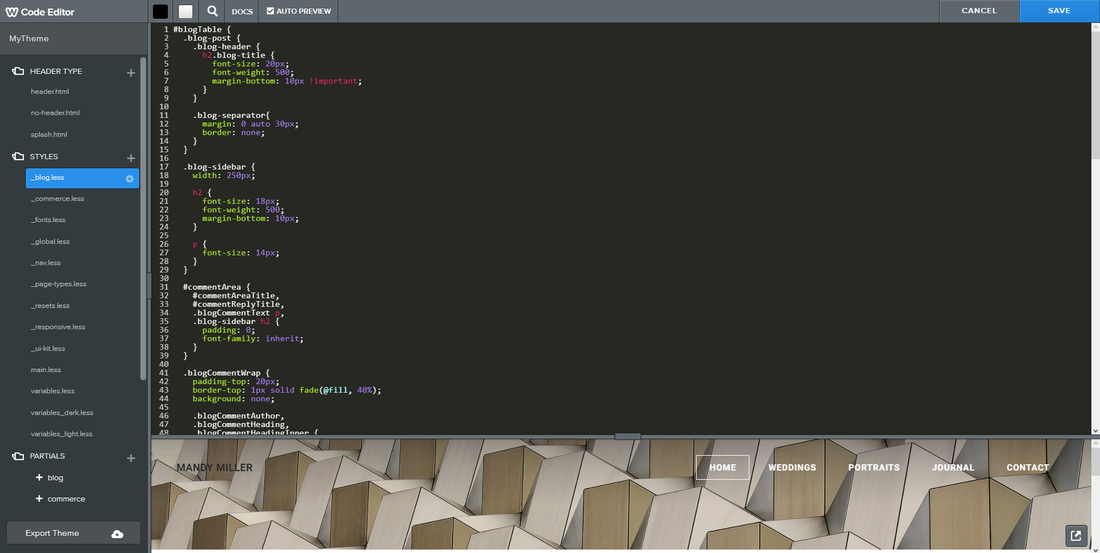 Creating your own CSS file with "Main.less"

Now since you understand a little bit more of how "main.less" works in Weebly sites, and that part of its purpose is organization, you can create your own CSS file.

Maybe you're installing a third-party widget's CSS codes, or you've created a new page in Weebly that you want to have its own styling, whatever your situation is, you want to create a new CSS file to house specific CSS codes.

To create a new CSS file in a Weebly theme that uses "main.less":
Note: You can name your CSS file "_filename.less" if you want. There's no significance to the "_". It's just a character that the developer of this particular Weebly theme chose to precede all of the CSS file names with. 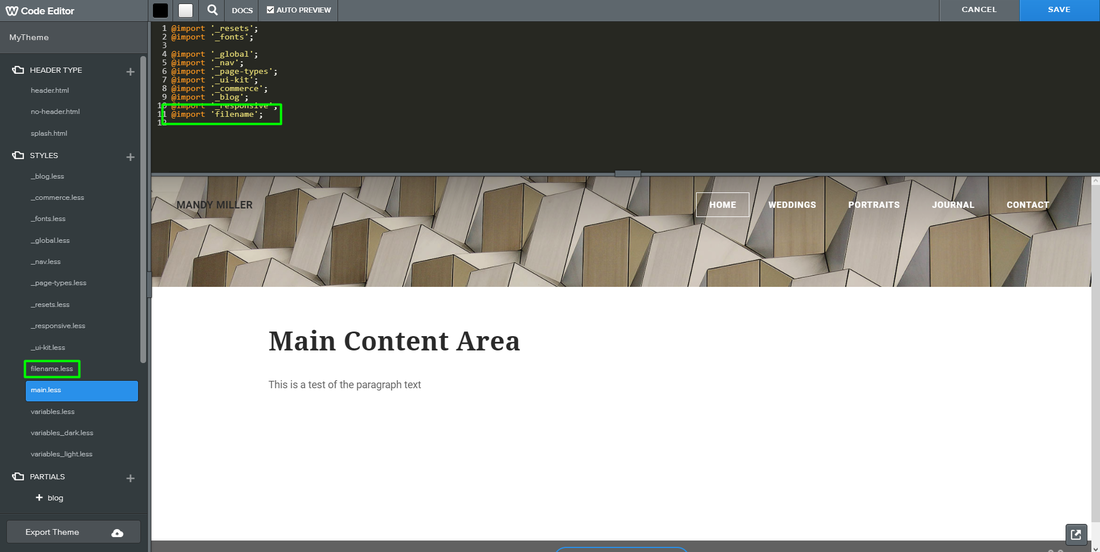 That's how to find the CSS file for your Weebly theme, with an overview of Weebly's latest CSS file type, "main.less". Did you find this guide helpful? Do you have other questions or opinions surrounding Weebly's adoption of LESS for its CSS? Let us know your thoughts or questions in the comments below! 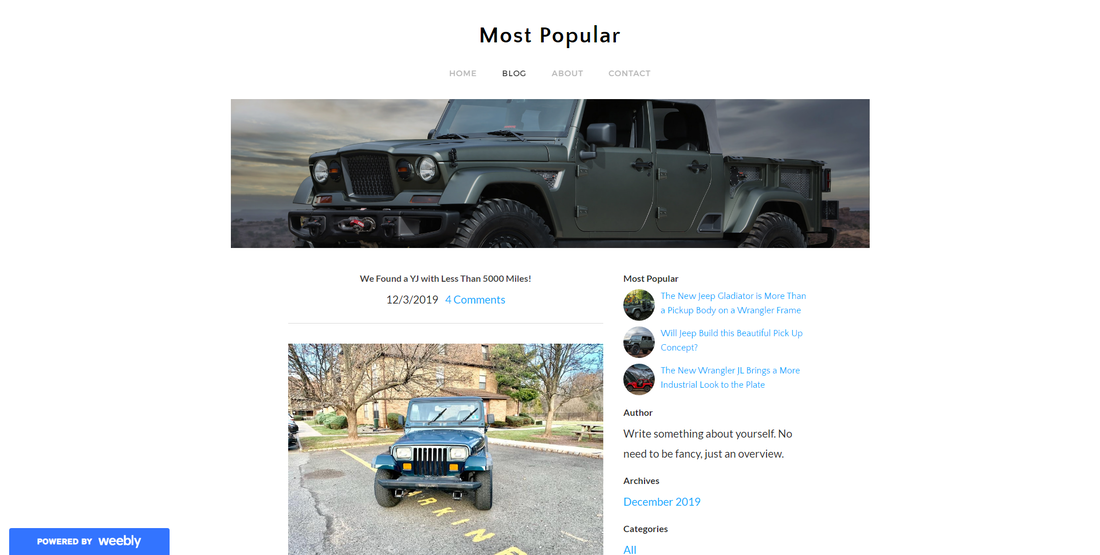 ​How to Create a Most Popular Blog Post Widget in Weebly
December 5, 2019 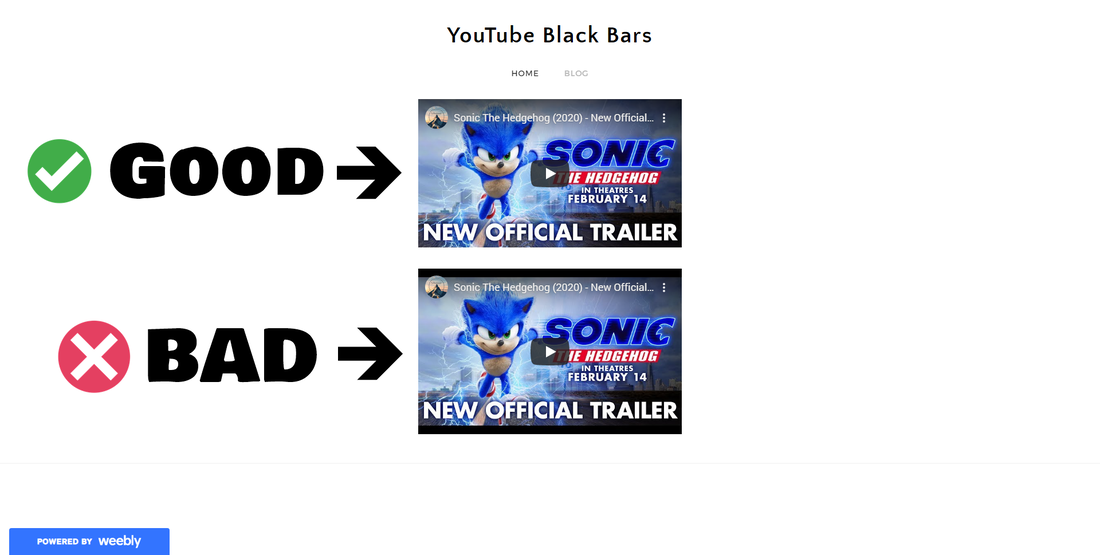 ​How To Remove Horizontal Black Bars On YouTube Videos In Weebly​
November 14, 2019 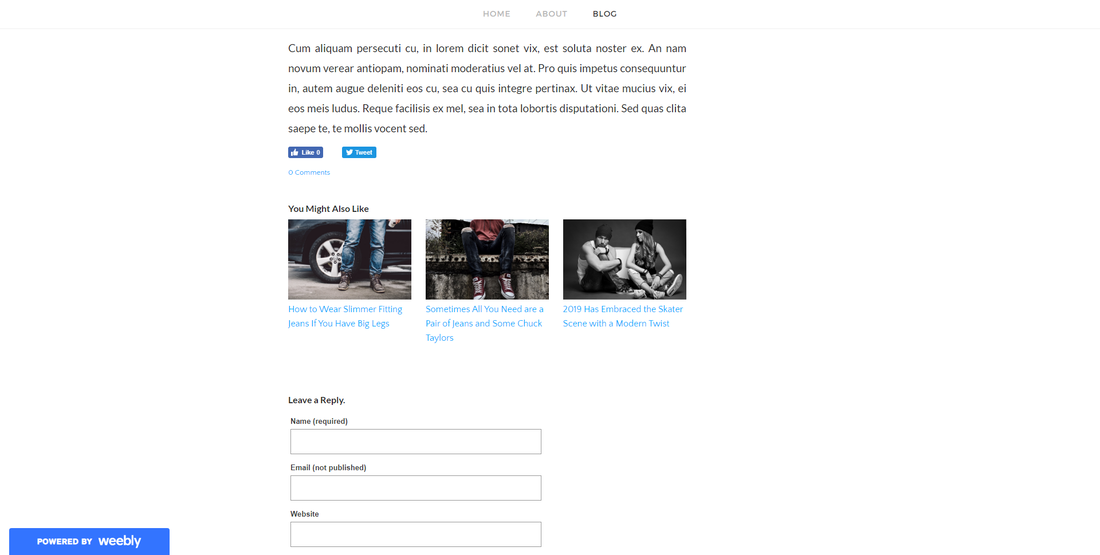 How To Create A Recommended Content Widget In Weebly
October 31, 2019
Recent Comments 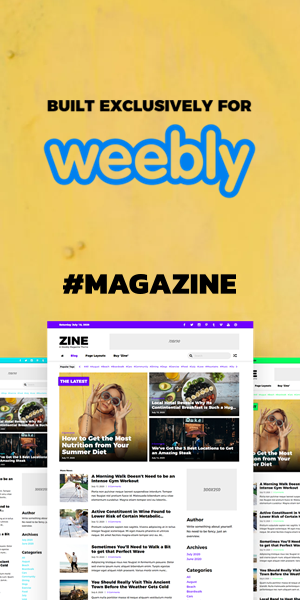 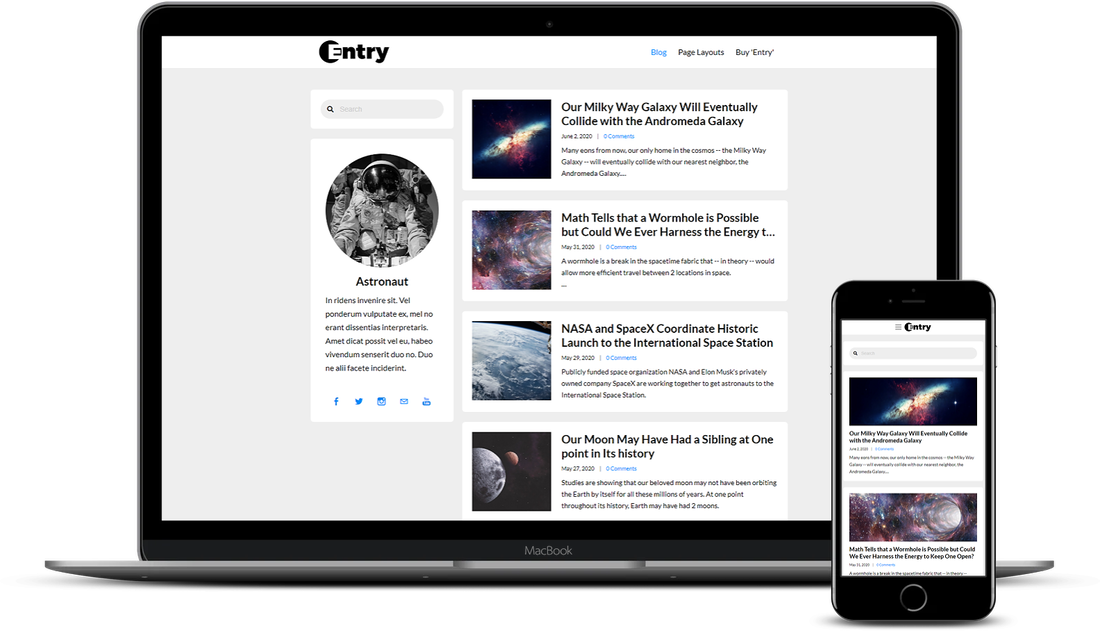 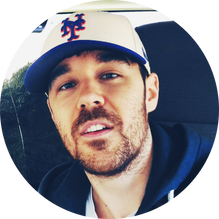 You'll be the first to know the moment we upload a new Weebly tutorial.
Send me new Weebly Tutorials!

Tutorials · Themes · Become a Patron · About · Contact Us
Editor Tricks is a third-party Weebly 'a​fter market' site providing tutorials and themes for Weebly sites.
​Not all tutorials work for every site and may require additional customizing. Always save your files before editing.​
​Copyright ©2013-2020 Editor Tricks, All Rights Reserved